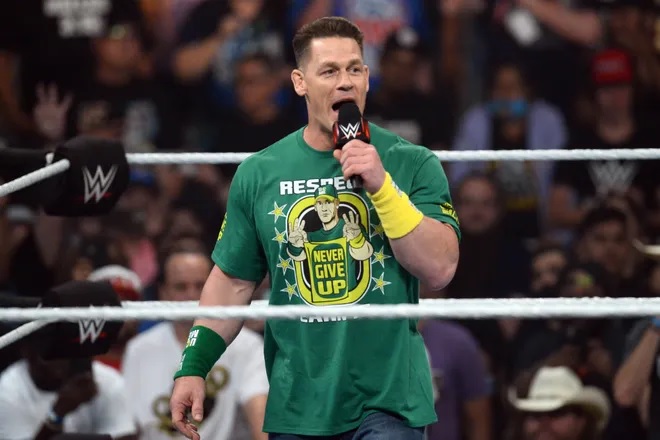 By admin on September 25, 2022 0 40 Views
Superstar actor and WWE icon John Cena just added another shattered record on his belt.Cena now holds the new world record for the most wishes granted through the Make-A-Wish Foundation, Guinness World Records announced this week. The foundation helps fulfill the wishes of children age 2-18 who have been diagnosed with a critical illness.
Cena, the most requested celebrity for the non-profit’s organization’s wish program, has fulfilled 650 wishes from children wanting to meet him, Guinness reported.According to Guinness, no one else has ever granted more than 200 wishes in the 42-year existence of Make-A-Wish. Before his acting career began, Cena started working in professional wrestling in 1999 and has since gone on to become one of the most popular athletes of all time; he is a 16-time world champion in WWE.
Elton John receives medal from Biden:President Biden shocks music icon Elton John with surprise medal at WH concert‘The water feature is just a gift’:Brad Pitt is still in love with the ‘Bullet Train’ smart toilet.