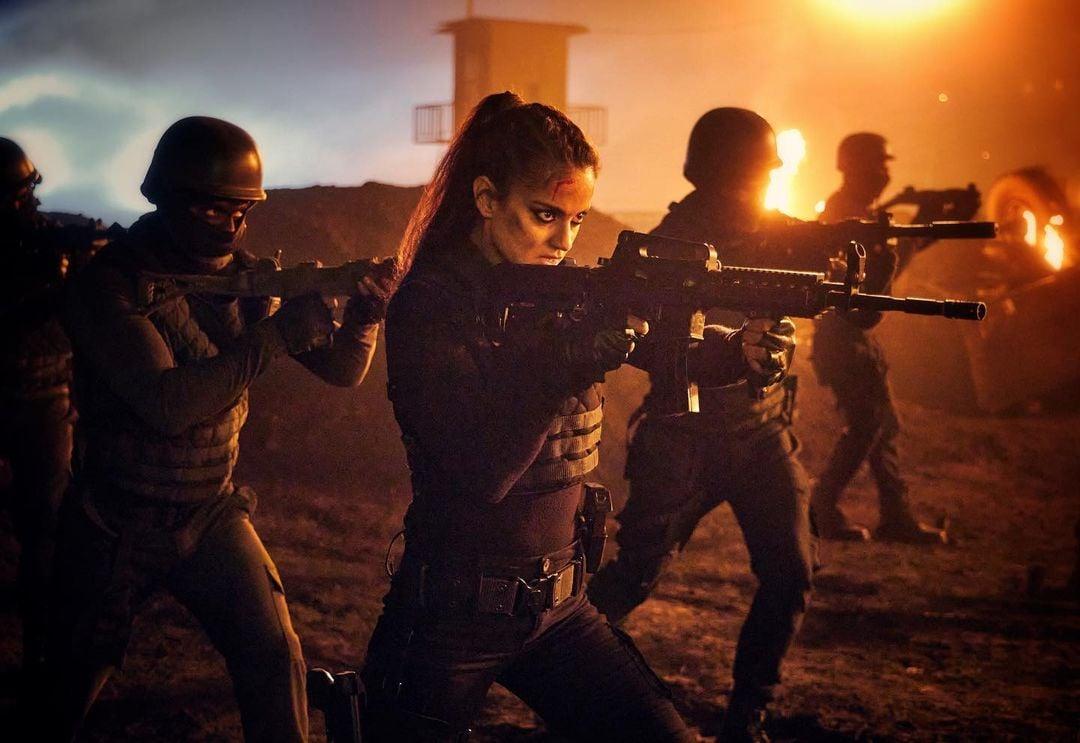 Kangana Ranaut will be next seen in Dhaakad. (Image: Instagram)

The teaser of Kangana Ranaut’s much-awaited spy thriller Dhaakad has been released. On Tuesday, Kangana took to her Instagram account and dropped the teaser. She also revealed that the movie will hit theatres on May 20. “Action. Style. Thrill. All in one, Agent Agni is here!! Watch the Dhaakad teaser. Movie releasing on 20th May,” the caption read.

In the movie, Kangana Ranaut is playing the role of a spy named Agni. The teaser opens with Kangana in a darkened room. She then gets an order informing her that it’s ‘time for action’. She then switches into her fierce and bold spy avatar. The teaser is brutal, gory and gives us a glimpse of the bloodshed that the film will depict. “Why should boys have all the fun?” the text in the middle of the teaser reads.

Several fans reacted to the teaser and appreciated Kangana’s performance in it. “Stylish thriller with lady in action first ever in Bollywood…Dhaakad going to rock the big screen,” one of the fans wrote. “Top-level action & top class acting with such a brilliant face reaction. Definitely masterpiece,” another social media user wrote.

Kangana Ranaut’s Fierce Look In Dhaakad Will Leave You Excited, Movie To Release On THIS Date

The multi-lingual Pan-India film was to be released in April but with the third wave hitting the country, the makers had earlier decided to shift the release to May. This is Ranaut’s second pan India outing after the thunderous success of Thalaivii, based on the life of Jayalalitha.

Dhaakad is Bollywood’s first high-octane spy thriller led by a female star. The film is also the country’s first big-scale multilingual project to be headlined by a female superstar. The actioner led by Ranaut, also featured Arjun Rampal, Divya Dutt, and Saswata Chatterjee among other actors.

Dhaakad is directed by Razneesh Razy Ghai and produced by Deepak Mukut and Sohel Maklai and co-produced by Hunar Mukut.