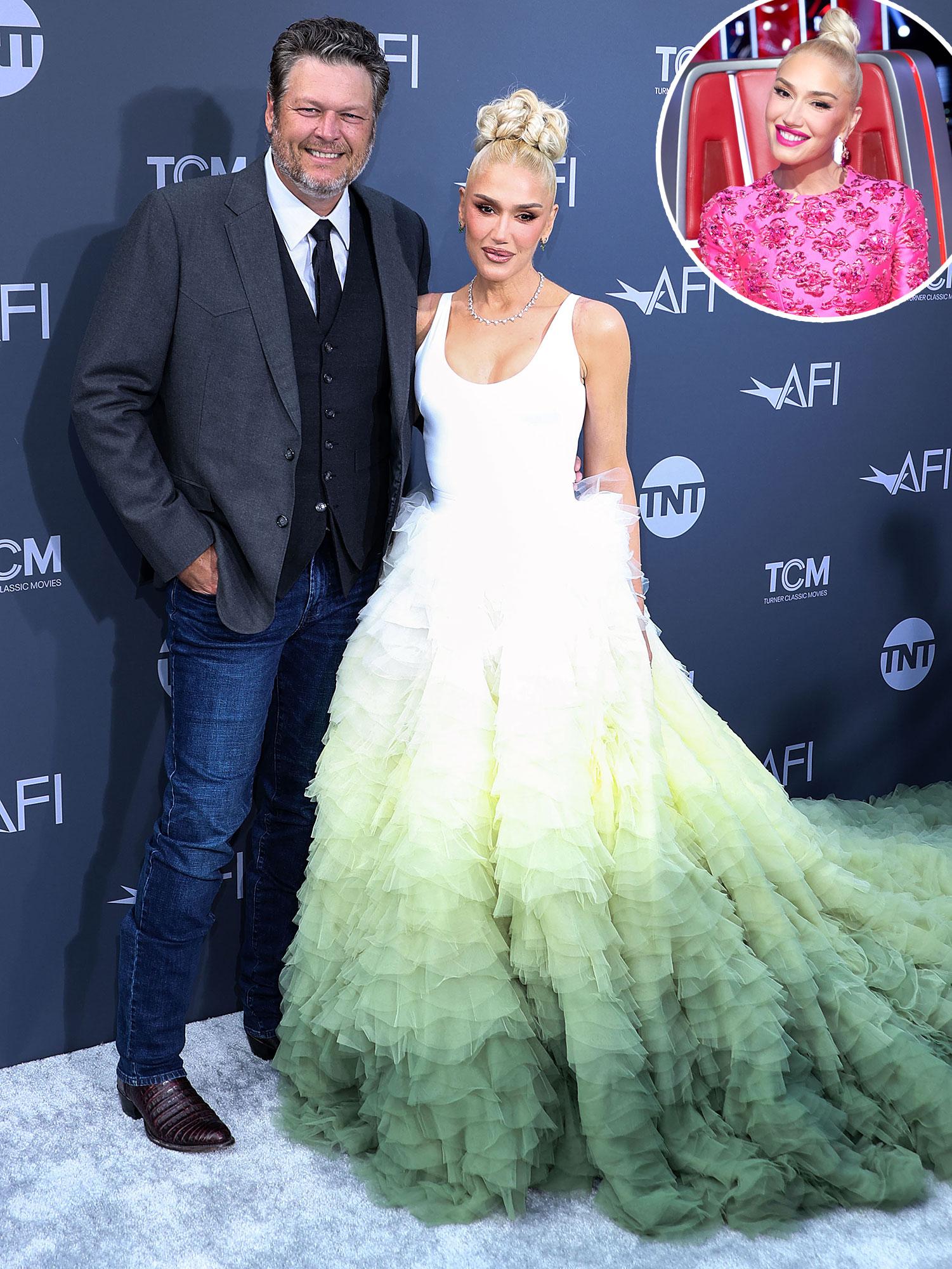 Blake Shelton doesn’t get it. The country star admitted to not understanding wife Gwen Stefani‘s eccentric sense of style on the season 22 premiere of The Voice.

The 46-year-old crooner’s confusion was sparked when Stefani, 52, unveiled the gifts she designed for her new team on the Monday, September 19, episode. “Alright, here it is! Team Gwen 2022,” the “Rich Girl” singer said in a video via Instagram ahead of the premiere as she held up a black sweatshirt that featured white writing and yellow accents. “This is my gift to my team. I always love designing merch, as you guys know. This one says, ‘Born to blossom,’ and it’s from a song that I wrote back in the day, ‘What Are You Waiting For.’”

The Voice coach added: “‘Born to blossom,’ basically, is really representative of being here on The Voice because these amazing singers are going to blossom right before our eyes on TV.”

While the hitmaker’s followers praised the look in the comments section, Shelton revealed during the show that he wasn’t too impressed.

“Gwen’s hoodie is proof to me that I don’t understand fashion because it looks like a hoodie that has tape down the sleeves with writing on the tape,” the Oklahoma native said. “And because Gwen Stefani is handing it to people, it automatically makes it cool.”

To Us, however, Stefani is killing it in the fashion department.

For The Voice‘s return, the “Luxurious” artist nailed the Barbiecore trend in head-to-toe hot pink. Her look included a flower-adorned mini dress, tights and towering platform boots. She topped the look off with a fuchsia lip and had her hair styled in a sleek top bun. (Shelton, for his part, kept it cool in a denim button up, a red flannel, blue jeans and brown dress shoes.)

Stefani’s makeup was brought to life by her cosmetics brand, GXVE Beauty. The Grammy winner wore her line’s Original Me Matte Lipstick in 80’s Me and the Line It Up Gel Eyeliner in Spiderwebs, which gave her a dramatic winged vibe.

Last month, the California native revealed that she would be taking a break from her signature red pout.

Stefani opened up about her glam evolution in her digital cover story for LuisaViaRoma‘s fall/winter 2022 issue, published on August 29, sharing that she has “ventured out of her comfort zone of red lips.” Since emerging on the scene with rock group No Doubt in the late’90s, Stefani has been sporting a rosy pout, which popped with her platinum blonde tresses.

Now, the songwriter is trying out soft shades like baby pink and nude. “I just want to look as good as I can at any age, like we all do, and share that quality makeup truly does make a big difference in how you feel … The magic is in the makeup,” she told the publication.

She added: “It’s just one of those things when you age, and your face constantly changes — you try new ways to look different and look the best you can. I would collaborate with amazing makeup artists and try new things I never thought I could, especially on The Voice, and it was fun to find different shades that worked.”