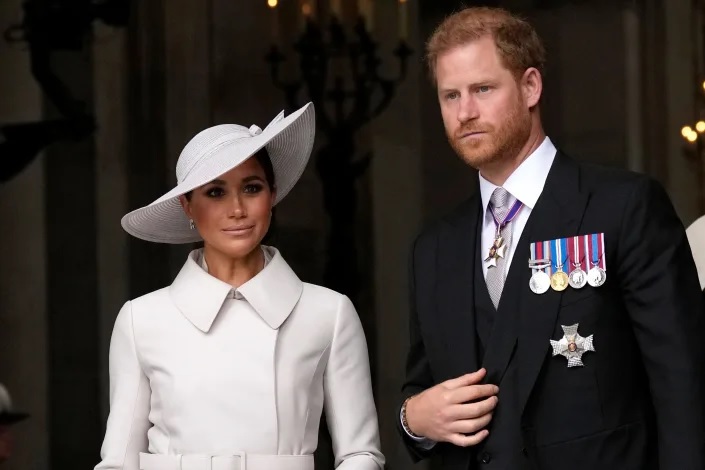 By admin on September 25, 2022 0 61 Views
Meghan Markle put an ultimatum on her relationship with Prince Harry, according to a new report.
Meghan told Harry she would break up with him if he didn’t publicly confirm their relationship, according to The Times of London.
A source told the outlet that Harry was “freaking out” about the situation.
Meghan Markle told Prince Harry that she would end their relationship if he didn’t publicly confirm they were a couple, according to the Times of London.
In a new report by the Times’ Valentine Low, two anonymous sources said that Meghan gave Harry an ultimatum regarding their relationship, causing him to panic.
“She was saying, ‘If you don’t put out a statement confirming I’m your girlfriend, I’m going to break up with you,” one source told the Times.
Another source told the outlet that Harry was “freaking out, saying, ‘She’s going to dump me.'”
Low reports that Harry contacted Jason Knauf, the communications secretary for Prince William, Kate Middleton, and Prince Harry at the time. Harry reportedly told Knauf to release a statement confirming his relationship with Meghan and to condemn the racist treatment she received from British tabloids.