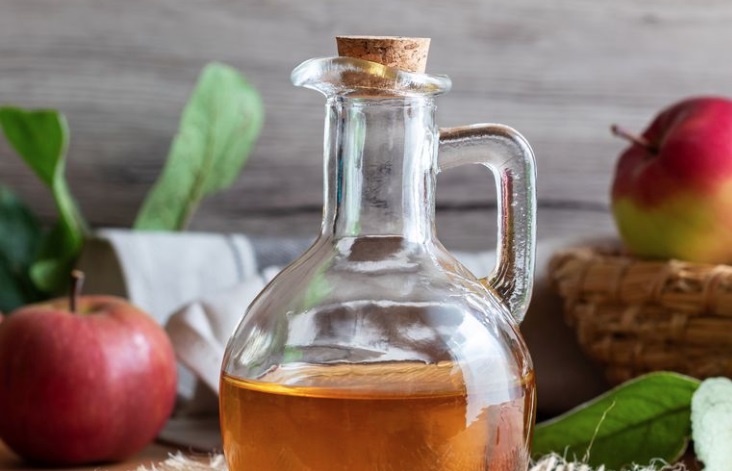 The Truth About Apple Cider Vinegar and Weight Loss

If you believe the hype on Instagram, apple cider vinegar, or ACV as fans refer to it, is a cure-all for acne, dandruff, and sunburns. Some research even suggests that drinking apple cider vinegar can help you lose weight, which is why people are adding it to tea, smoothies, or just drinking it solo. It’s also popular in sauces and dressings.

But can a shot of apple cider vinegar actually help you burn fat? We asked the experts to find out what you should know:

What is apple cider vinegar?

It’s nothing more than apple cider with yeast added to start the fermentation process. It’s most often taken by adding two tablespoons to water, although some people take it as a shot. A single tablespoon of apple cider vinegar only contains three calories, meaning there’s no need to worry about drinking excess calories .

What are the side effects of apple cider vinegar?

As with most things, it’s best to consume apple cider vinegar in moderation, as too much may damage your teeth and bones, according to case reports.

Take this cautionary tale as one example: A 28-year-old woman was diagnosed with low potassium and osteoporosis due to her ACV consumption. She visited the hospital complaining of cramps, and doctors discovered she had low potassium and fragile bones. They believe she lost bone mass because of high acid levels caused from drinking 8 ounces of vinegar every day.

Diabetics should also use caution when taking apple cider vinegar as it could lower blood sugar levels, according to WebMD. And certain medications, like insulin, Digoxin (used to treat heart problems), and diuretic drugs may interact negatively with ACV.

The science behind apple cider vinegar and weight loss

There is some evidence that acetic acid can be good for weight loss, since it targets body fat, explains Carol Johnston, Ph.D., R.D., associate director of the nutrition program at Arizona State University, who has done extensive research on the subject. When you consume small amounts of acetic acid through apple cider vinegar, it activates your metabolism to help your body use fat as a form of energy rather than storing it, Johnston says.

Here’s Exactly How to Eat a Vegetarian Keto Diet

Eat Like a Yogi: A Yoga Diet Based in Ayurvedic Principles