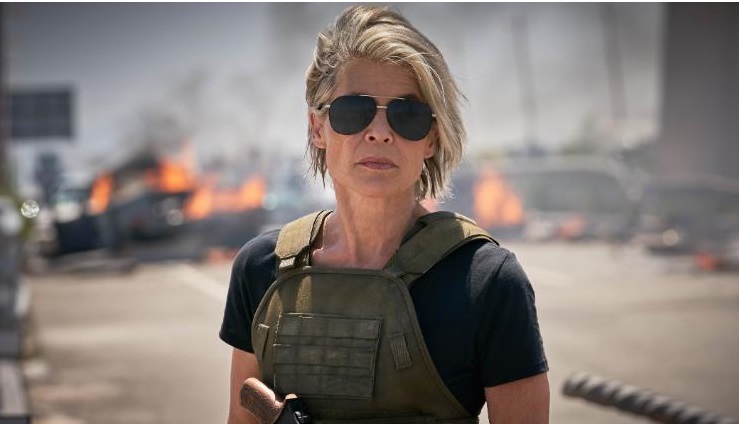 When the Terminator warned “I’ll be back” 35 years ago, no one could have foreseen how true that catchphrase would become. Even so, “Terminator: Dark Fate” represents a welcome return to the its origins, with Arnold Schwarzenegger and Linda Hamilton reprising their roles, adding nostalgia and mythological heft that separates it from everything that has followed “Judgment Day.”

One blessing of the Terminator movies, creatively speaking, has also been a kind of curse — namely, that once you’ve established you can mess around with the timeline and potentially “save” the future, there are all sorts of opportunities to rinse and repeat the formula.

So while “Dark Fate” features some new models, the basic template remains very much the same, in a movie that counts original writer-director James Cameron as not only a producer but among the six writers credited with the story and script, directed — without much unnecessary flesh draped over the metallic shell — by Tim Miller (“Deadpool”).

Granted, the movie does incorporate welcome new blood, with another young woman, Dani (Natalia Reyes), now the target of a terminator (Gabriel Luna) who combines the shape-shifting qualities of “Terminator 2: Judgment Day” — a staggering technical breakthrough at the time — with an almost “Venom”-like production design.

The intent was to position “Dark Fate” as a direct sequel to the first two films, ignoring the three additional sequels (and actually pretty good Fox TV series) that rolled off the assembly line in between.

Rohit Shetty talks about why he started Cirkus amidst the pandemic

Top 6 healthiest edible seeds to add to your diet