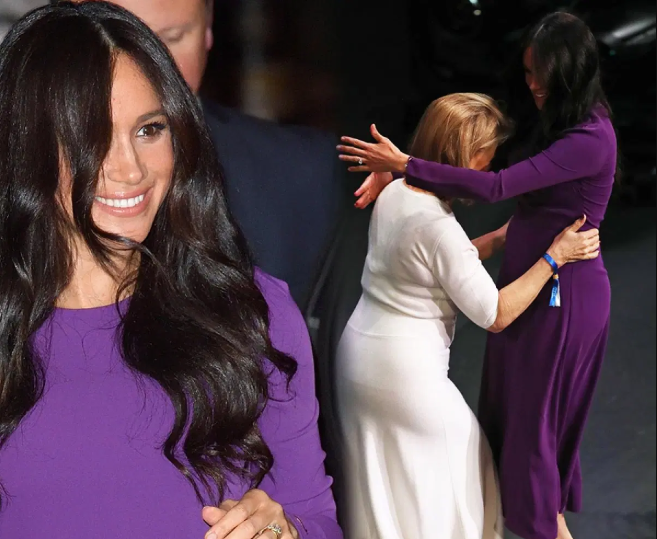 Meghan Markle was caught awkwardly greeting the charity organizer during the One World Summit on Tuesday.

The Duchess of Sussex was spotted on camera Tuesday night clashing with charity organizer Kate Robertson at the London event. It was a comical miscommunication that saw the organizer offer the duchess a curtsy while the 38-year-old offered a hug instead.

The incident occurred as Markle confidently walked to the stage, where Robertson offered a respectful curtsy. After a five-second squabble of deciding between a curtsy or a handshake, the two decided on a hug and laughed it off respectfully.

Tradition often sees that men bow their heads and women perform a small curtsy, but there are no absolutes with greetings. Handshakes are also acceptable, but hugging is rarely ever used as a greeting for British royals.

The former “Suits” star’s appearance at the One World Summit was the her first public appearance since the release of ITV’s documentary “Harry and Meghan: An African Journey” — which aired on Sunday in the U.K. and was set for its U.S. premiere on ABC on Wednesday. The special aims to give audiences a behind-the-scenes glimpse into the couple’s recent royal tour of southern Africa; it also sees the duchess discuss her struggles in the spotlight.

Tom Bradby, who followed the royal couple for the ITV documentary, revealed the emotional toll of being a royal on Markle.