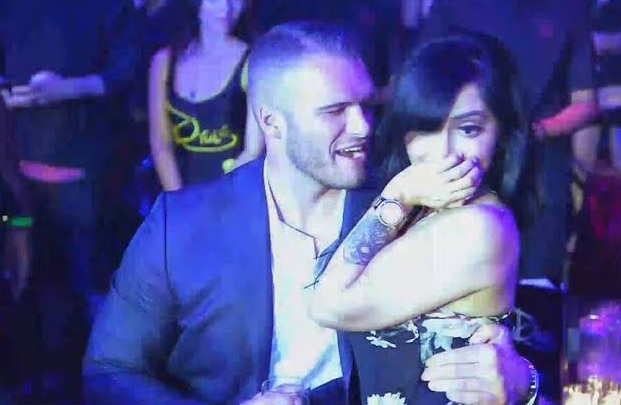 Hours after E! News confirmed Jenni “JWoww” Farley ended their relationship over Angelina Pivarnick’s claim that Zack inappropriately touched her during a night out with the Jersey Shore cast, he wants to publicly apologize for his actions.

“I made mistakes that I cannot take back, which I take full responsibility for,” Zack wrote in a statement on his Instagram. “Jenni does not deserve any damage from anybody else. This is on me. I sincerely apologize to Jenni. I apologize to Angelina as well.”

A source previously said that Jenni felt “devastated” by Angelina’s allegation and broke up with Zack last night.

The incident between Zack and Angelina played out on Thursday’s Jersey Shore episode. While out partying in Las Vegas, cameras caught Zack wrapping his arm around Angelina as Jenni appeared slumped over and unconsciousness nearby.

“He doesn’t know what boundaries are,” Angelina said before confirming that she never disclosed what happened to Jenni.