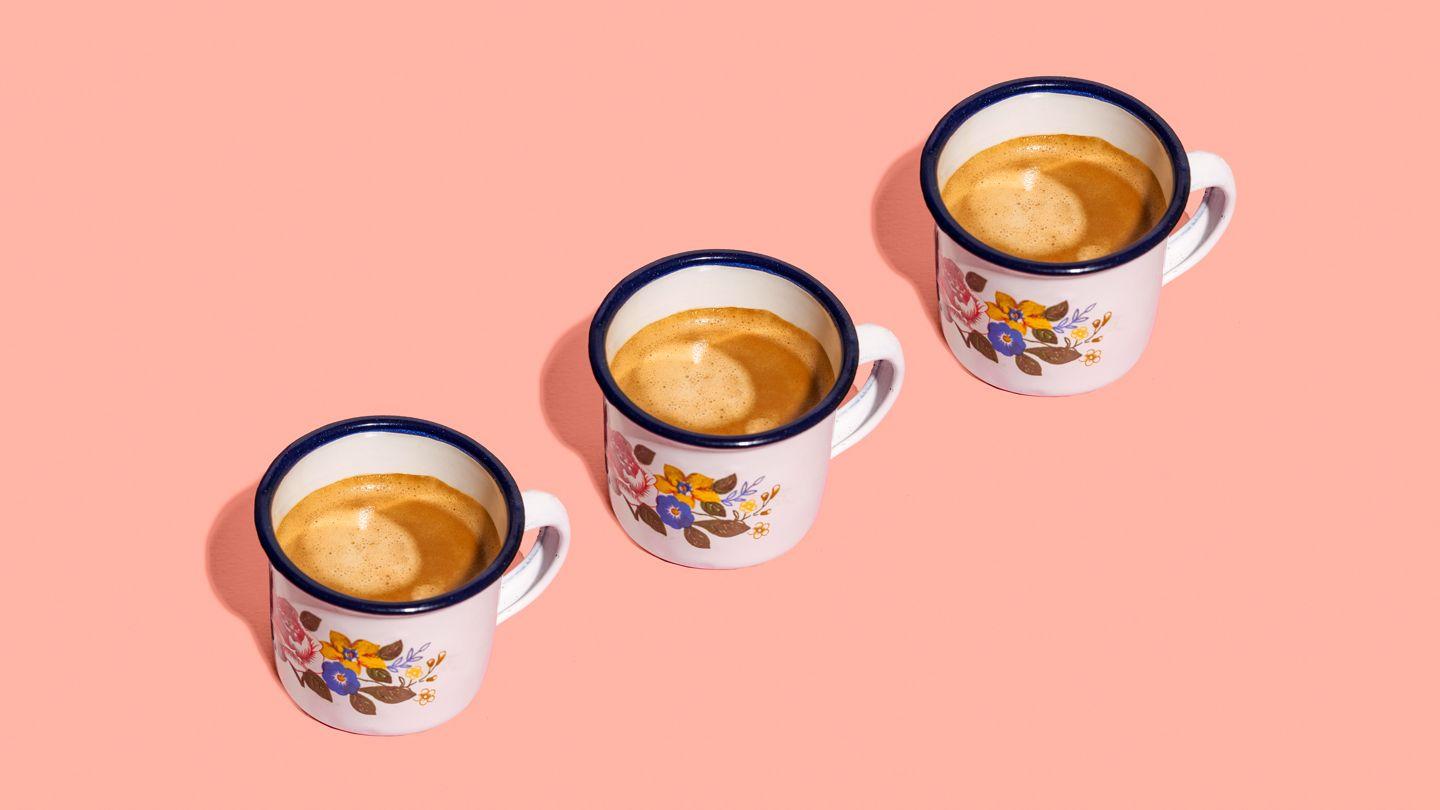 New research suggests that there may be heart-health and mortality benefits from drinking all different types of coffee — not only regular ground coffee, but instant and decaf as well. The findings were published on September 27 in the European Journal of Preventive Cardiology.

Drinking 2 to 3 cups of coffee a day was associated with equivalent reductions in the incidence of cardiovascular disease and death from cardiovascular disease or any cause, said study author Peter Kistler, MBBS, PhD, head of clinical electrophysiology research at the Baker Heart and Diabetes Research Institute in Melbourne, Australia, in a press release. “The results suggest that mild to moderate intake of ground, instant, and decaffeinated coffee should be considered part of a healthy lifestyle.”

For most of us, this is welcome news — about 3 out of 5 Americans drink coffee every day, and the average coffee drinker consumes just over 3 cups per day, according to the National Coffee Association.

The purpose of the study was to investigate how drinking different types of coffee may influence heart health, including incident arrhythmias, coronary heart disease, congestive heart failure, and ischemic stroke, as well as overall survival.

Investigators used data from the UK Biobank, an international health resource that collected blood, urine, and saliva samples along with detailed health information for research on a wide range of illnesses from over a half-million people between 40 and 70 years old throughout England, Wales, and Scotland between 2006 and 2010.

The study included a total of 449,563 people with a median age of 58 years old, and 55.3 percent were women. To be included in the trial, participants had to be free of arrhythmias or other cardiovascular disease at baseline.

Participants completed a questionnaire asking how many cups of coffee they drank each day and whether they usually drank instant, ground (such as cappuccino or filtered coffee), or decaffeinated coffee.

According to their responses, each person was then grouped into one of six daily intake categories, consisting of 0, less than 1, 1, 2 to 3, 4 to 5, and more than 5 cups per day.

The authors observed several benefits among participants who drank coffee:

Some of these findings aren’t surprising given the several recent studies supporting the heart health benefits of coffee, says Jim Liu, MD, a cardiologist and assistant professor in the division of cardiovascular medicine at The Ohio State University Wexner Medical Center in Columbus. Dr. Liu was not involved in the study. “However, I was surprised to see caffeinated coffee was associated with reduced arrhythmia. This goes against the traditional notion that coffee, as a stimulant, can cause palpitations and arrhythmias,” he says.

It’s important to remember that this study excluded patients with existing cardiovascular disease or arrhythmias such as atrial fibrillation, so the results may not apply to that patient population, says Liu.

Although the study is very large, it’s also observational, which means that the findings don’t prove that drinking coffee actually caused the heart and longevity benefits.

This research adds to a growing body of evidence suggesting coffee consumption may have a protective effect on the heart. A large meta-analysis of 21 studies found that moderate coffee drinking was associated with a lower risk of coronary heart disease in women.

It may seem surprising that even those who drank the “unleaded” variety experienced less heart disease and early death, but coffee is more than just a vessel for caffeine. “Caffeine is the most well-known constituent in coffee, but the beverage contains more than 100 biologically active components. It is likely that the noncaffeinated compounds were responsible for the positive relationships observed between coffee drinking, cardiovascular disease, and survival,” said Dr. Kistler.

Coffee Drinking Shouldn’t Be Discouraged, According to Researchers

“Our findings indicate that drinking modest amounts of coffee of all types should not be discouraged but can be enjoyed as a heart-healthy behavior,” said Kistler.

Even beyond heart health, there’s evidence that regularly drinking coffee may decrease the risk of type 2 diabetes and melanoma, and have protective benefits for the brain and liver.

Whether or not drinking coffee is a healthy choice depends on the individual, says Liu. “Drinking coffee in low to moderate amounts has generally been shown to be safe and does not carry any major long-term cardiovascular health effects. However, if someone is drinking excessive amounts or to the point that they are feeling poorly from bothersome palpitations, sleep deprivation, or other adverse effect, then it would probably be best to cut back,” he says.

As a stimulant, caffeine can have short term effects on the heart, such as increasing blood pressure and increasing palpitations, notes Liu. “Long term, chronic caffeine use may slightly increase blood pressure, but for the most part, caffeine consumption has not been shown to have any major long-term adverse effects to cardiovascular health as long as it’s used in small to moderate amounts,” he says.