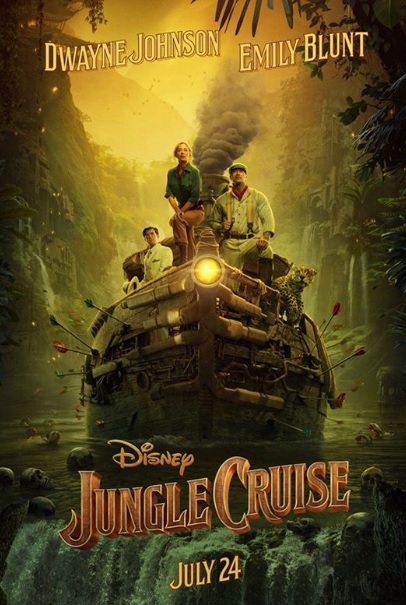 It’s the moment you’ve all been waiting for, the eighth wonder of the world — a Disney movie starring Emily Blunt and Dwayne ‘The Rock’ Johnson. The official trailer for Jungle Cruise premiered on Oct. 11 and already, fans of the Walt Disney World and Disneyland attraction shared their excitement for the upcoming film. When does Jungle Cruise premiere in theaters? Learn more about the upcoming Disney film, here.

What’s better than a movie inspired by one of the rides in Disney World and Disneyland? A movie featuring Dwayne “The Rock” Johnson and Emily Blunt. Both previously acted in Disney movies, (Johnson voiced Maui in Moana and Emily Blunt portrayed Mary Poppins in Mary Poppins Returns.) However, this would be the first time the two acted alongside each other in a Disney film. According to NBC, Emily Blunt’s favorite part of filming was when Dwayne Johnson and her character were being chased by an Amazonian tribe.

“The dialogue that happens and the comedy that happened in that — we could not make it through a take without laughing. So I have such a fond memory of it. It was like agony to try and get through the scene,” Blunt said.