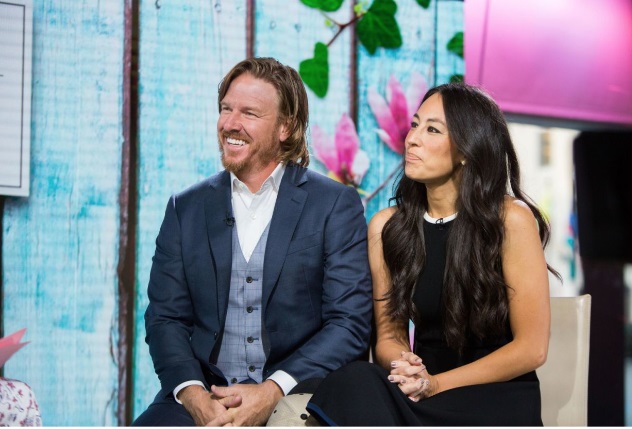 Chip and Joanna Gaines may have risen to international fame with their HGTV series Fixer Upper, but as the duo revealed in a new Sunday Today with Willie Geist segment, they almost passed on the opportunity to become TV stars.

In 2013, a TV producer caught wind of Joanna’s design blog, and asked if she could send a film crew to see if the couple would make good TV. But Chip wasn’t so sure about the entire endeavor.

“I called Chip, and he said, ‘Do not call that person back. It’s a scam. How much did they say you have to pay them to film you?’” Joanna said.

Joanna soon convinced Chip the offer was legitimate, and the production crew headed to Waco to film the Gaines family at work. HGTV executives saw the on-screen magic, and put them on the air.

Now parents to five children ranging in age from 16 months to 14 years, the couple, who got married in 2003, also shared how they first met. Chip ran into his future wife one day while heading into her family’s auto shop to get his brakes fixed, and recognized her from the shop’s commercials.

“One day I was walking out, and he was walking in, and we just bumped into each other,” Joanna laughed. “And he was like, ‘Hey! you’re that girl in the commercials!’”

“I thought I was dreaming,” Chip added.

The couple married in 2003, the same year Joanna opened her first design shop.