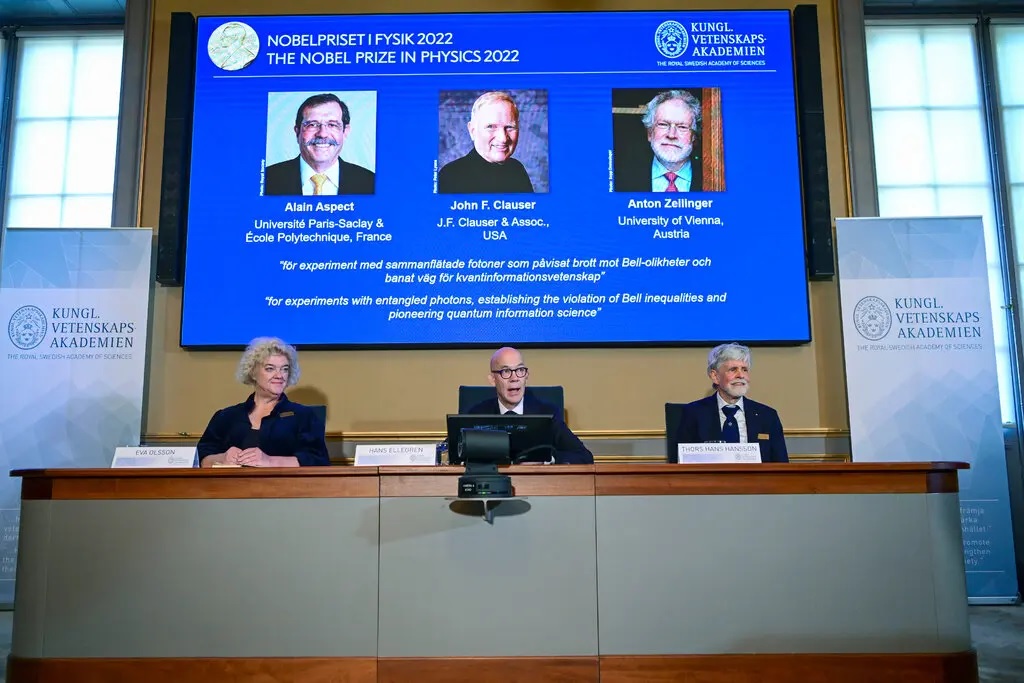 By admin on October 4, 2022 0 39 Views
Alain Aspect, John F. Clauser and Anton Zeilinger were recognized for their experiments in an area that has broad implications for secure information transfer and quantum computing.
The Nobel Prize in Physics was awarded to Alain Aspect, John F. Clauser and Anton Zeilinger on Tuesday for work that has “laid the foundation for a new era of quantum technology,” the Nobel Committee for Physics said.
The scientists have each conducted “groundbreaking experiments using entangled quantum states, where two particles behave like a single unit even when they are separated,” the committee said in a briefing. Their results, it said, cleared the way for “new technology based upon quantum information.”
The laureates’ research builds on the work of John Stewart Bell, a physicist who strove in the 1960s to understand whether particles, having flown too far apart for there to be normal communication between them, can still function in concert, also known as quantum entanglement.