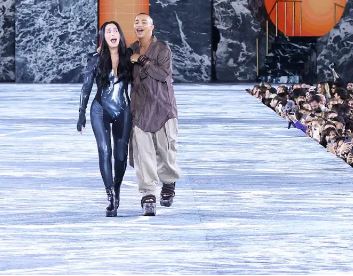 By admin on September 29, 2022 0 48 Views
Olivier Rousteing proved he is one of global fashion’s biggest showmen — putting on, yet again, not a show but a festival for Balmain that took place in a giant stadium

Paris Fashion Week roared into full gear Wednesday with atmospherics and excitement over Balmain’s evening fashion-music festival spectacular — a star-studded charity concert featuring the latest fashions, members of the public and performances. That included a finale walk from none other than Cher.