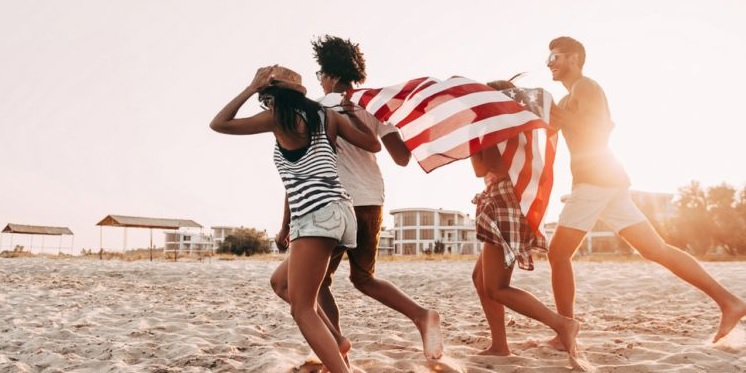 The United States is a vast country and made up of a diverse group of people. Life can vary greatly from region to region. Even so, a uniquely American lifestyle has developed over time. Expats will likely find Americans in general to be a friendly, optimistic, and generous bunch. However, some Americans can sometimes seem ignorant about the world outside their own borders. Each person’s experience will vary, but here are some common aspects of the American lifestyle.

Family
The nuclear family unit is most common in the U.S., although there are families made up of any combination of relations. While marriage before children used to be the norm, unmarried couples and single parent homes are just as common now. American families value individuality, and past stigmas against different kinds of families are quickly becoming a thing of the past. Even so, multiple generations of family members living together are not common.

As children grow older they become more independent from their families. Americans are considered adults at the age of 18, which coincides with high school graduation. It’s normal for young adults to then live on their own, even if it’s in the same town as their parents. The United States’ focus on personal happiness means it’s common for families to live apart because of work or personal preference.

The 75 best online clothing stores in the US

Hannah Brown makes a little magic on ‘Dancing with the Stars’