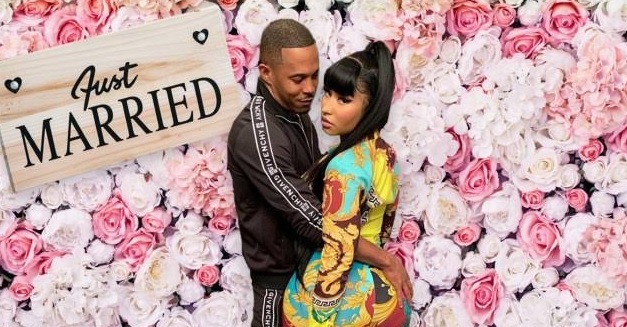 The rapper, 36, tied the knot with Kenneth “Zoo” Petty, 41, and announced the news on Monday via a social media video.

She posted a short clip that featured Mr. and Mrs. coffee mugs and bride and groom hats.

The couple first dated as teenagers and reunited last year.

She announced plans in August during an episode of her Queen Radio show when she revealed they had obtained a marriage license.

“We still had to pick it up and I was traveling, by the time I came back, we had to renew it again,” she explained. “From that time, you have 90 days to get married. That was about a week ago, so now I have about 80 days.”

Minaj promised she will definitely have a larger wedding after she’s done with her new album. “I have to work on my album and I have a lot to focus on that I don’t want to do the big wedding now,” she said at the time. “We’ll do the big wedding later.”

And she couldn’t help but gush over her now-husband — “I’m very happy about that because my baby makes me so happy.”

Minaj has also defended Petty after it was revealed he has spent time in prison for manslaughter and is a registered sex offender for an attempted rape of a teenager.