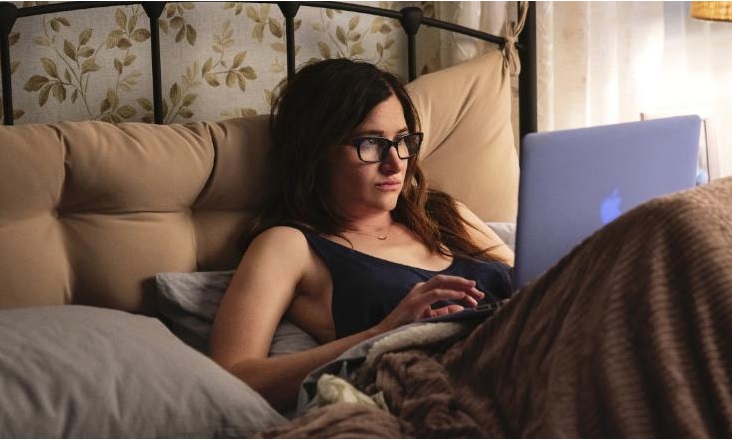 “Mrs. Fletcher” takes a concept that sounds like a snooze and turns it into an unexpectedly absorbing limited series. Give much of the credit to “The Leftovers” producer-writer Tom Perrotta — adapting his book — and star Kathryn Hahn, who throws her all into a role distinguished by its lack of clear definition.

Yet if Eve is struggling with what comes next, her son, Brendan (Jackson White), isn’t faring much better. A sort-of jerky frat-boy-type in high school, he has trouble finding his footing in college, where his swagger is frequently equated (correctly, much of the time) with arrogance. (Disney Channel star Cameron Boyce, who tragically died in July, plays his roommate, who sees through his bravado.)

Eve, meanwhile, works at a retirement home, where her declining patients offer a sobering preview of what’s on tap for, well, all of us, including one who — in the throes of dementia — has lost all his sexual inhibitions.

Eve also enrolls in a writing class, which brings her into contact with an assortment of characters — each with their own insecurities and issues — including Julian (Owen Teague), a shy high-school classmate of her son’s.

If there’s a rap on “Mrs. Fletcher,” it’s that the show idles a bit too much as it rather simply zeroes in on Eve and Brendan seeking to adapt to these new phases in their lives. Yet as over-the-top as some of the situations are, that sense of being lost, at any age, proves relatable, and Hahn perfectly captures her middle-aged confusion, often with little more than anguished expressions.