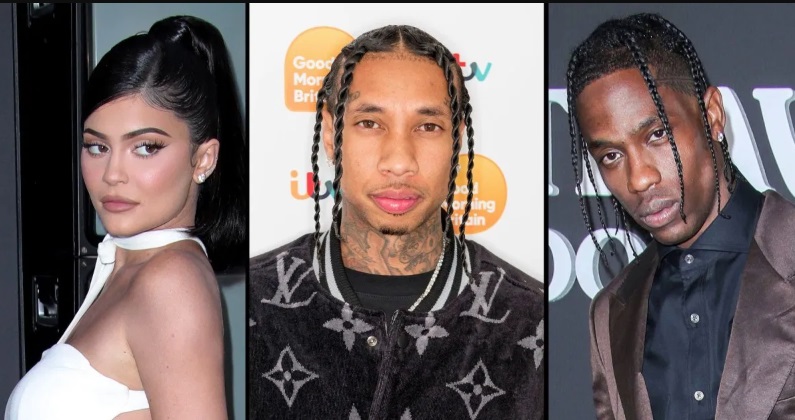 Former flames. Kylie Jenner visited her ex-boyfriend Tyga at a recording studio in Los Angeles hours after Us Weekly confirmed her split from Travis Scott.

According to The Daily MailOpens a New Window., the Kylie Cosmetics founder, 22, was photographed with friends Anastasia “Stassi” Karanikolaou and Kelsey Calemine on the way to the West Hollywood nightclub Delilah on Tuesday, October 1. The newspaper reports that the group stayed at the club from midnight to 2 a.m. before the Keeping Up With the Kardashians star and her friends headed to the Sunset Marquis less than a mile away, where Tyga, 29, was working in the hotel’s recording studio.

In photos obtained by The Daily Mail, the Kylie Skin CEO looked downcast as she left Delilah and got into her blue Rolls Royce. Karanikolaou, 22, and Calemine, 20, were later photographed leaving the Sunset Marquis with Tyga at about 3 a.m., but the makeup mogul was nowhere in sight. An eyewitness told The Daily Mail that the Life of Kylie alum used a different exit than the group, which is why she wasn’t spotted.

reported that the “Rack City” rapper was at the hotel with a few of their mutual friends and invited Jenner and her pals to come and hang out with them. Jenner and Tyga dated on and off from 2015 to 2017.

The pair’s meetup comes after a source told Us in August that the two reconnected at a Las Vegas club, where they partied and sang karaoke together.

In an interview on Good Morning Britain in July, the “Taste” rapper admitted that he had moved on from his ex.