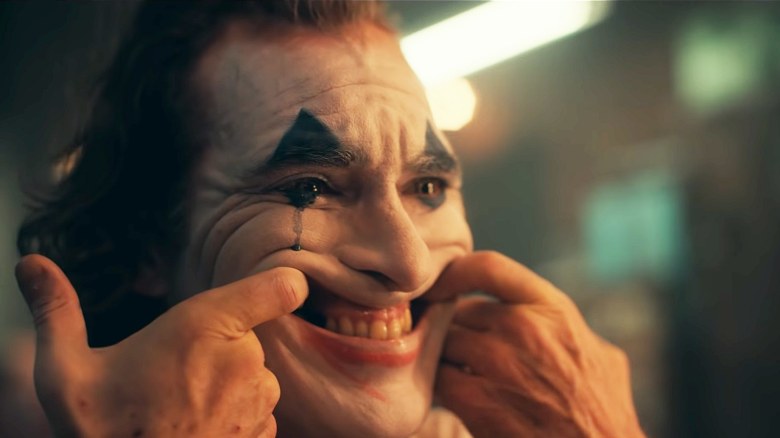 Did Arthur kill Sophie? It’s one of the open-ended questions “Joker” fans have been debating since the film’s release October 4.

One of the big questions “Joker” fans have been debating since the movie’s October 4 theatrical release has been whether or not Arthur Fleck (Joaquin Phoenix) kills his neighbor Sophie (Zazie Beetz). The characters’ blossoming romance is revealed to be Arthur’s fantasy after he enters Sophie’s apartment midway through the film. “What are you doing in here? Your name’s Arthur, right? You live down the hall?” Sophie asks, revealing that their relationship, as previously depicted, has all been in Arthur’s head.

As tension grows over how Arthur will react to Sophie, director Todd Phillips cuts to Arthur leaving Sophie’s apartment, and returning to his own, where screams are heard off-camera and flashing police lights appear in the window. The cut has led fans to debate if Sophie was killed by Arthur. The movie deliberately leaves the answer ambiguous, but “Joker” cinematographer Lawrence Sher has a more definite answer.

We wanted to make the interpretation of the real versus what’s not real, a part of the viewer’s experience,” Sher recently told /Film. “For instance, his relationship to Sophie is a fantasy to him. Some people have asked me, ‘Was she killed?’ Todd makes it clear she wasn’t killed. Arthur is killing people who’ve wronged him in a certain way, and Sophie never wronged him.”

Sher continued, “In terms of what we did visually to play with the real and not real, there are callbacks and scenes that mirror each other. We leave hints using imagery or way we covered scenes similarly between scene. Outside of that, I like that people can have the conversation and come to their own conclusions.”

The Sophie twist puts into question just how much of the events depicted on screen are taking place inside of Arthur’s head and how much are real. Phillips and co-writer Scott Silver’s ending doubles down on this dilemma in the final scene, which depicts Arthur in Arkham Asylum telling a counselor she wouldn’t understand why he’s laughing. The scene has led to debates over whether or not the entire film is Arthur’s fantasy.