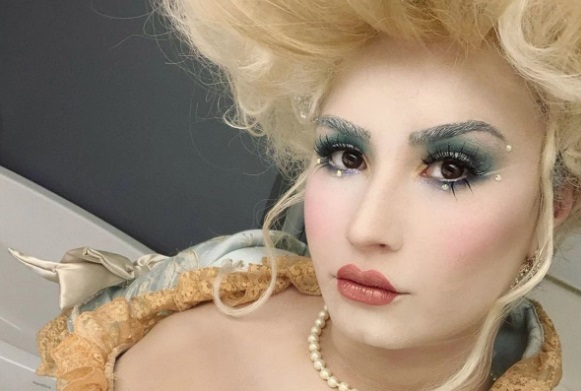 The “Confident” singer, 27, loves the spooky season, and took to Instagram Friday to show off her first costume of the year: a flawless Marie Antoinette outfit.

“Halloween round 1… I told y’all I don’t play on Halloween!! It’s my time to shine,” Lovato captioned photos of her wearing a blue and gold corset and petticoat, a tall gray bouffant wig and a full face of powdery makeup. She looked straight out of the 18th century with lots of ruffles, a drawn-on pout and a string of pearls around her neck.

The pop star’s playful Halloween post comes just one week after someone hacked her Snapchat and threatened to leak nude photos.

This appears to be the first of many costumes Lovato plans to roll out in the coming days. She’s previously dressed up as the legendary Selena Quintanilla, wearing a replica of the late singer’s purple sparkly jumpsuit from her performance at the Houston Astrodome in Texas. And in 2016, she and friend Nick Jonas went as Dorothy and the Scarecrow from “The Wizard of Oz.”

4 Looks That Get Us Excited For Boot Season