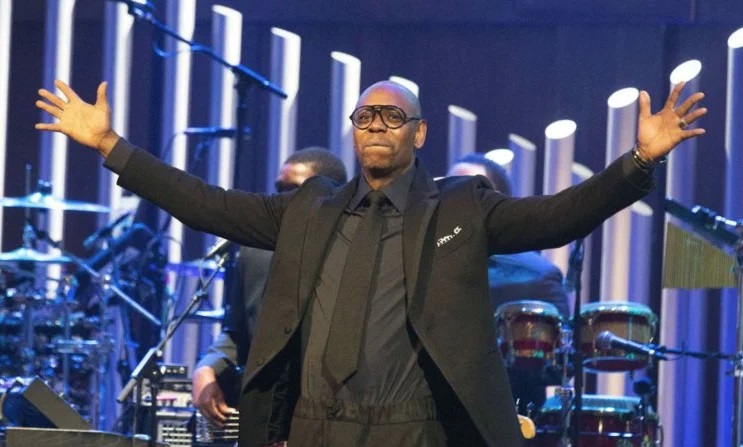 The award is considered the highest accolade in comedy and recognizes individuals who have had an impact on American society in the vein of 19th-century novelist and essayist Samuel Clemens, better known by his pseudonym, Mark Twain.

“I love my art form because I understand every practitioner of it, whether I agree with them or not I know where they’re coming from. They want to be heard, they got something to say, there’s something they notice. They just want to be understood,” Chappelle said. “I love this genre, it saved my life.”

“He’s not just a comedian, that’s the way that he channels that knowledge and that process. What he is, is he’s the black Bourdain,” said Stewart, referring to Anthony Bourdain, host of the CNN show “Parts Unknown,” who died last year.

Stewart continued, saying Chappelle is “a man that seeks out people and experience and knowledge, and he wants to touch it and feel it and be with it on the ground so that he can then channel that through his art, and then redirect that back to you as something completely different and new.”

The Royal Dresser Reflects on Decades of Outfitting the Queen

Have you seen Indian army’s new combat uniform designed in association with NIFT?

How To Win Friends And Influence People with https://gyazo.com/