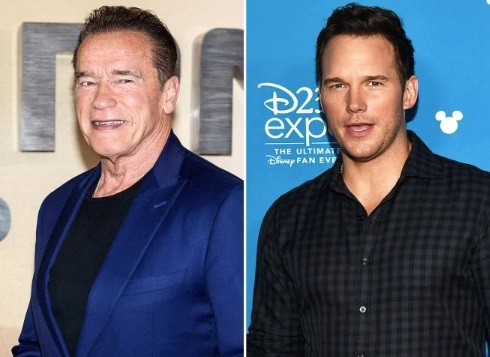 A family affair? Arnold Schwarzenegger addressed whether he would be interested in teaming up with his son-in-law, Chris Pratt, on a future project — and he isn’t ruling anything out!

“Maybe! We haven’t talked about it, but I respect him very much,” Schwarzenegger, 72, told Entertainment Tonight Opens in New Windowon Sunday, October 27. “I think he’s a very dedicated actor and he trains really hard. He’s in good shape physically, and he’s talented.”

The Terminator: Dark Fate star then switched gears to note how “great” Pratt, 40, has been with his daughter Katherine Schwarzenegger. He stated that

“He’s just a nice man. It’s always great when someone is successful and someone has a vision and someone is driven and knows where to go in their life,” he continued to say of the Parks and Recreation alum. “But if you’re not kind and if you’re not a real mensch, you know, then you don’t have much. He is a real kind person and he’s terrific with her.”

Pratt and Katherine, 29, announced their engagement in January this year after six months of dating. They wed in an intimate ceremony held at the San Ysidro Ranch in Montecito, California, in June.

After their nuptials, the married pair posted a snap from their special day to their respective Instagram pages Opens in New Windowalong with similar loving statements. “Yesterday was the best day of our lives! We became husband and wife in front of God, our families and those we love,” Pratt’s message read Opens in New Window.